Divine Cities was created with the intention of breathing new life into Skyrim. It adds more NPCs, homes, shops, and decorated items to showcase each region where you are at. In order to capture the entirety of Skyrim I spent time with Vader, Doc, Barbarian and Rebel in discussing lore and also wandering around the towns and cities myself. A large part of this mod reduces insignificant clutter and add more logical pieces along with insect spawns. You also get outhouses, traveling merchants, followers, scattered playerhomes that are multi-adoption friendly and more!

Lighting in all cities is logical. It goes off during the day and it’s on at night. This is true for all cities listed below.

Please note: Followrs added by Divine Cities and Villages are naked for 1 reason alone: in order to properly attire them. If I give them an outfit inside the CK they won’t always switch to the proper gear you give them. This is not a glitch, it is intended. 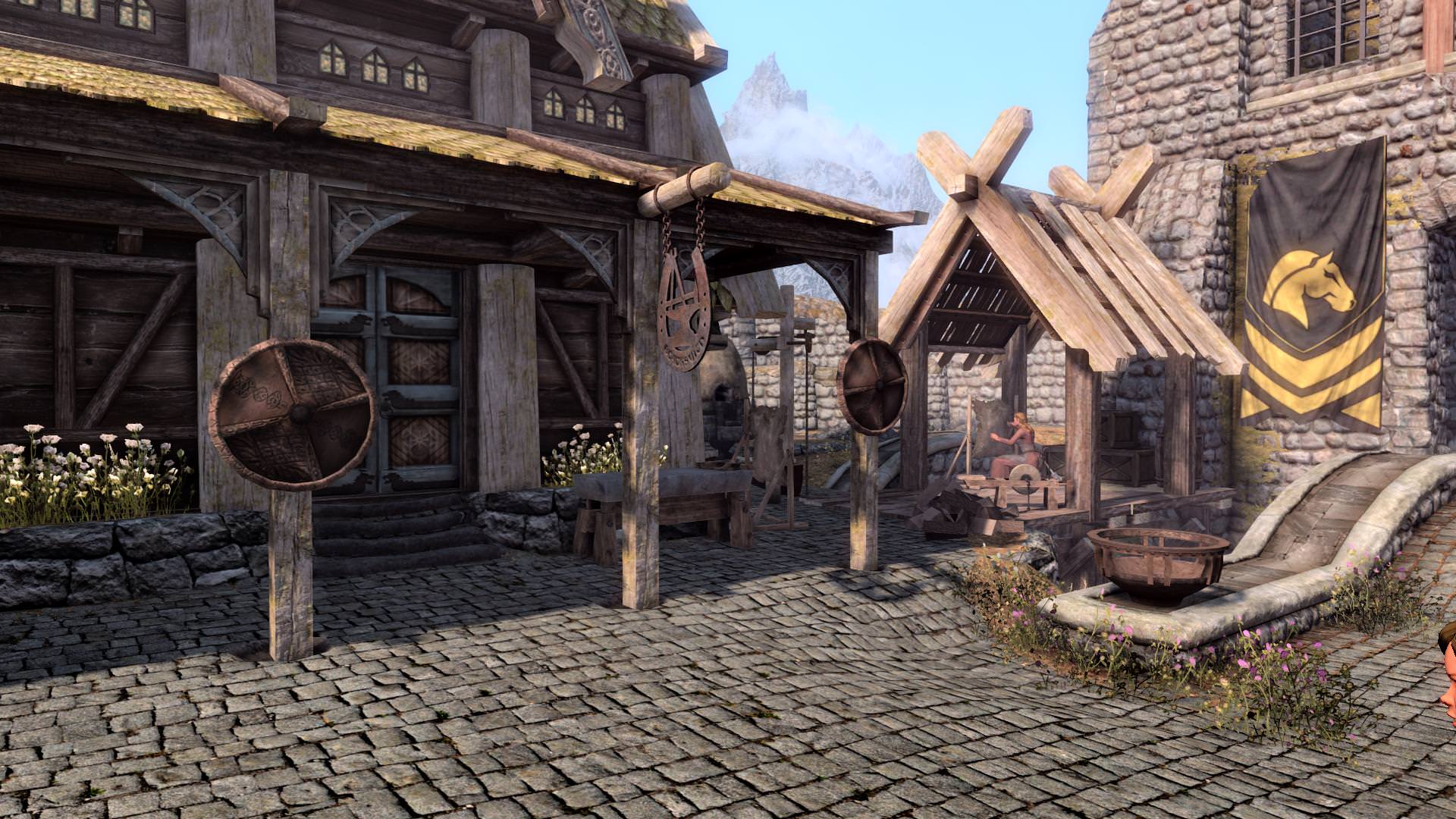 Whiterun is the trade capitol for Skyrim. Centrally located in the heart of a tundra, there was no real fur or leather trader which was insane to me. There should be a vendor that specialised in Hunting and I didn’t think the Drunken Huntsman did a good enough job.

The central market was also missing extra bits of goods that should be showcased. Now, if it wasn’t for the war markers, I’d have disabled the stands for day and night but alas the CK won’t allow double parenting of items to do that.

And where are all the people?!! Surely there should be trading vendors and visitors and citizens? I realise that reworking a world space isn’t something to be done willy nilly and I wasn’t about to bring the console to its knees, so rather than ramming extra houses, I chose to show them walk around instead. 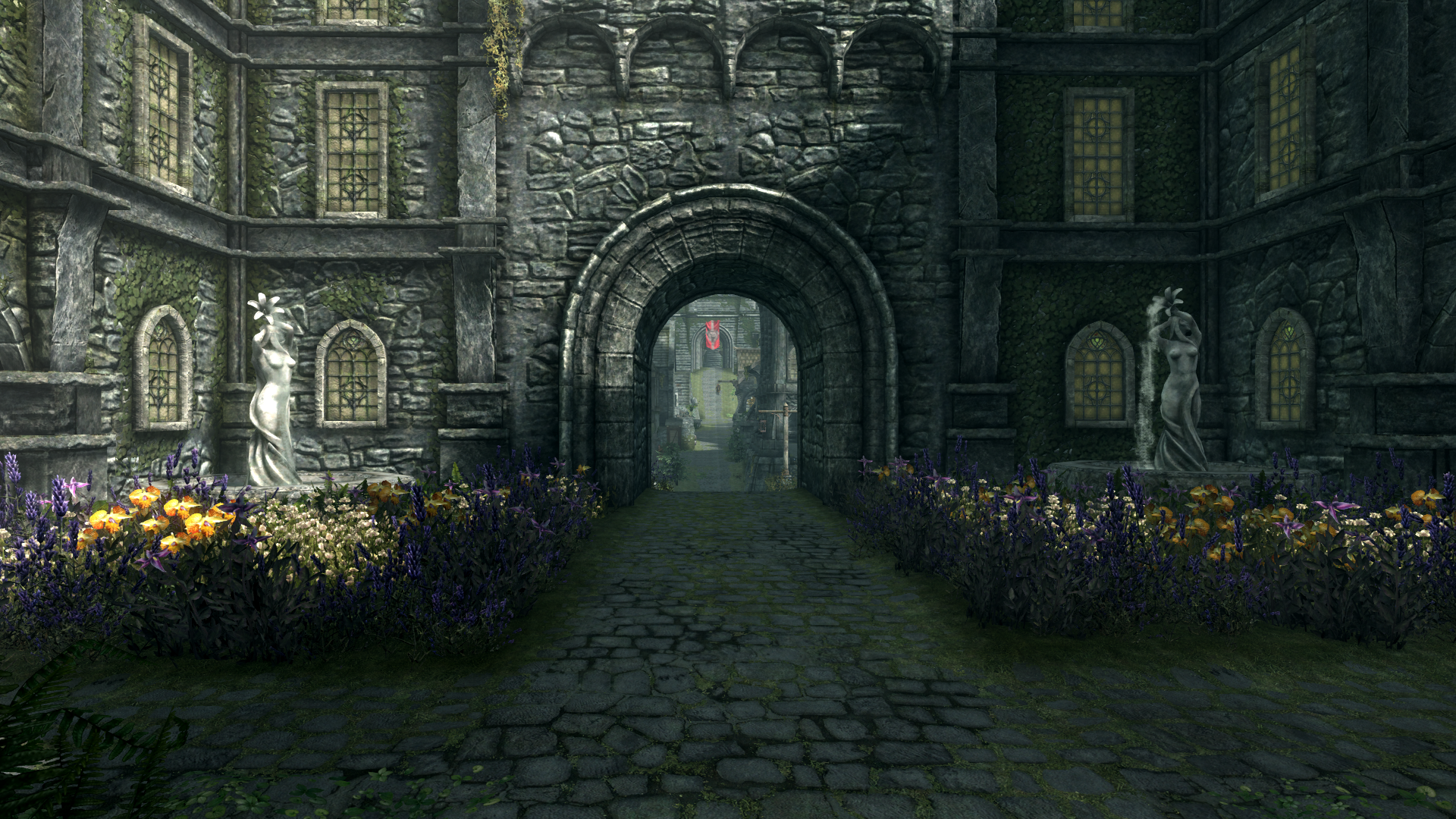 Soltiude is the largest city in Skyrim and the seat of the High King of Skyrim – it should reflect that. The Market was a wee bit too small to do much with, but I sure as hell took advantage of extra real estate. Of course it would have a bookstore. Books should be an important and rich economic source for a city such as Solitude. Those cold nights would do well with a fire and book.

I also needed a place for my visitors and travelers to hang out. The Winking Skeever didn’t actually have enough room due to other NPCs in the area, so I decided to create another pub. The pub was owned by twins, but one of them died in a freak accident involving ale and matches, so his brother took over. 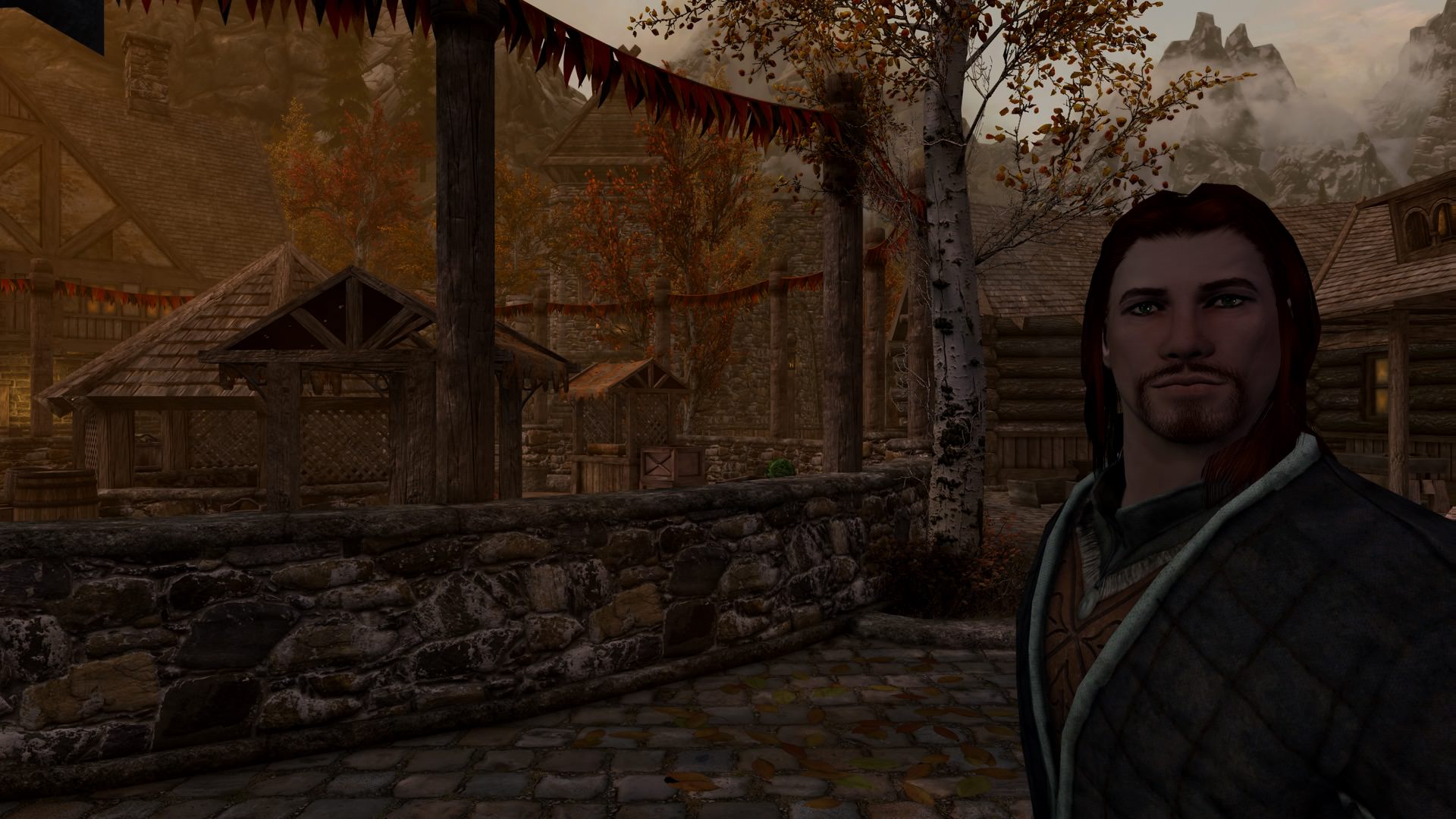 There’s not much to say about Riften except it’s located in the largest worldspace and has so many events going it’s amazing we can ever make it out of there alive in the first 15 minutes. I focused on lighting and adding a few npcs, while keep decorations to a minimum. 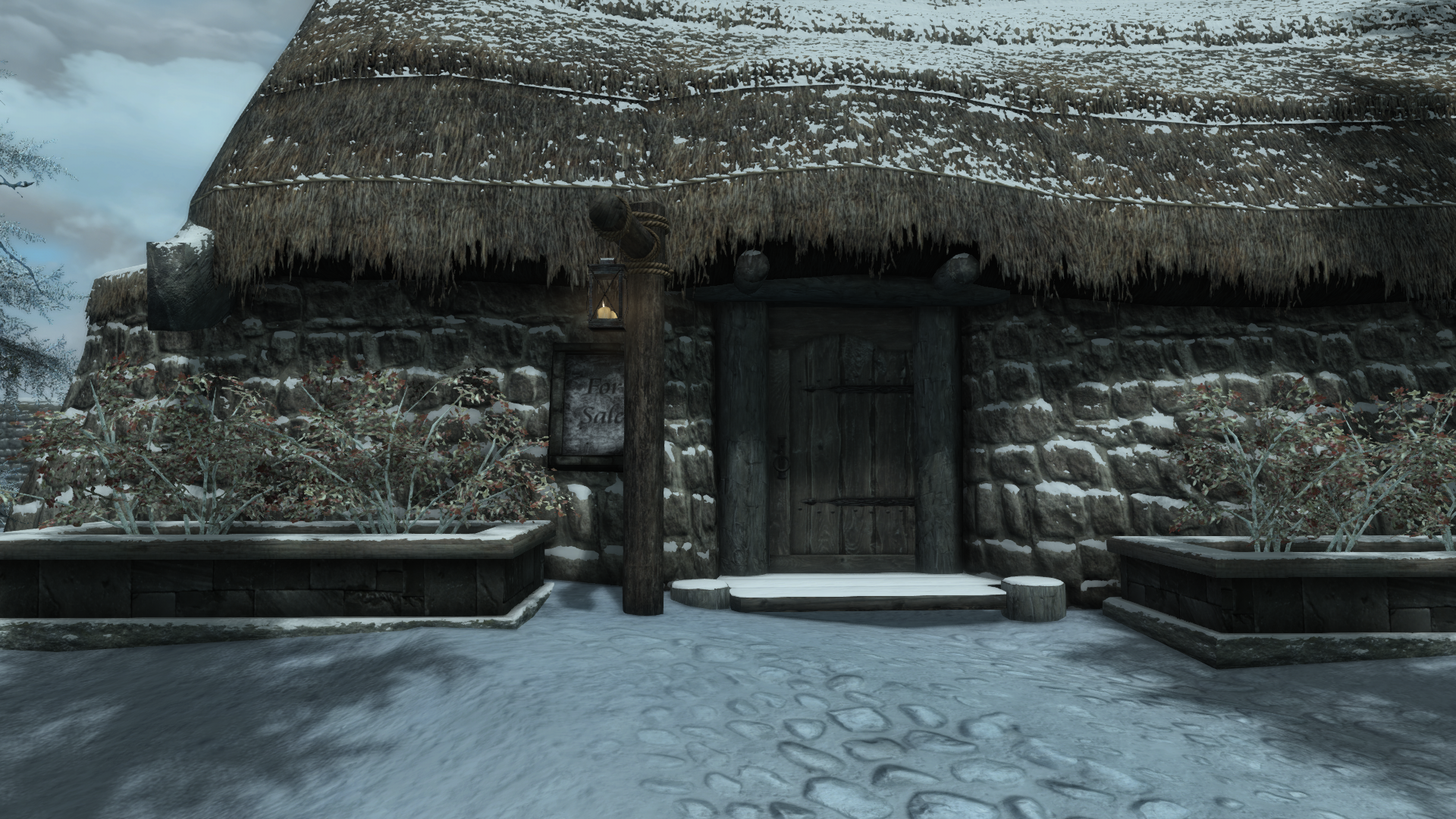 After 80 years it was high time that Winterhold got over itself and rebuilt parts of it. In the last few years a blacksmith opened her shop, and a pair of sibling travelers have a home nearby as well. The town also has walls rebuilt and hopefully the mages don’t do anything stupid.

But, well, you know how magic goes. 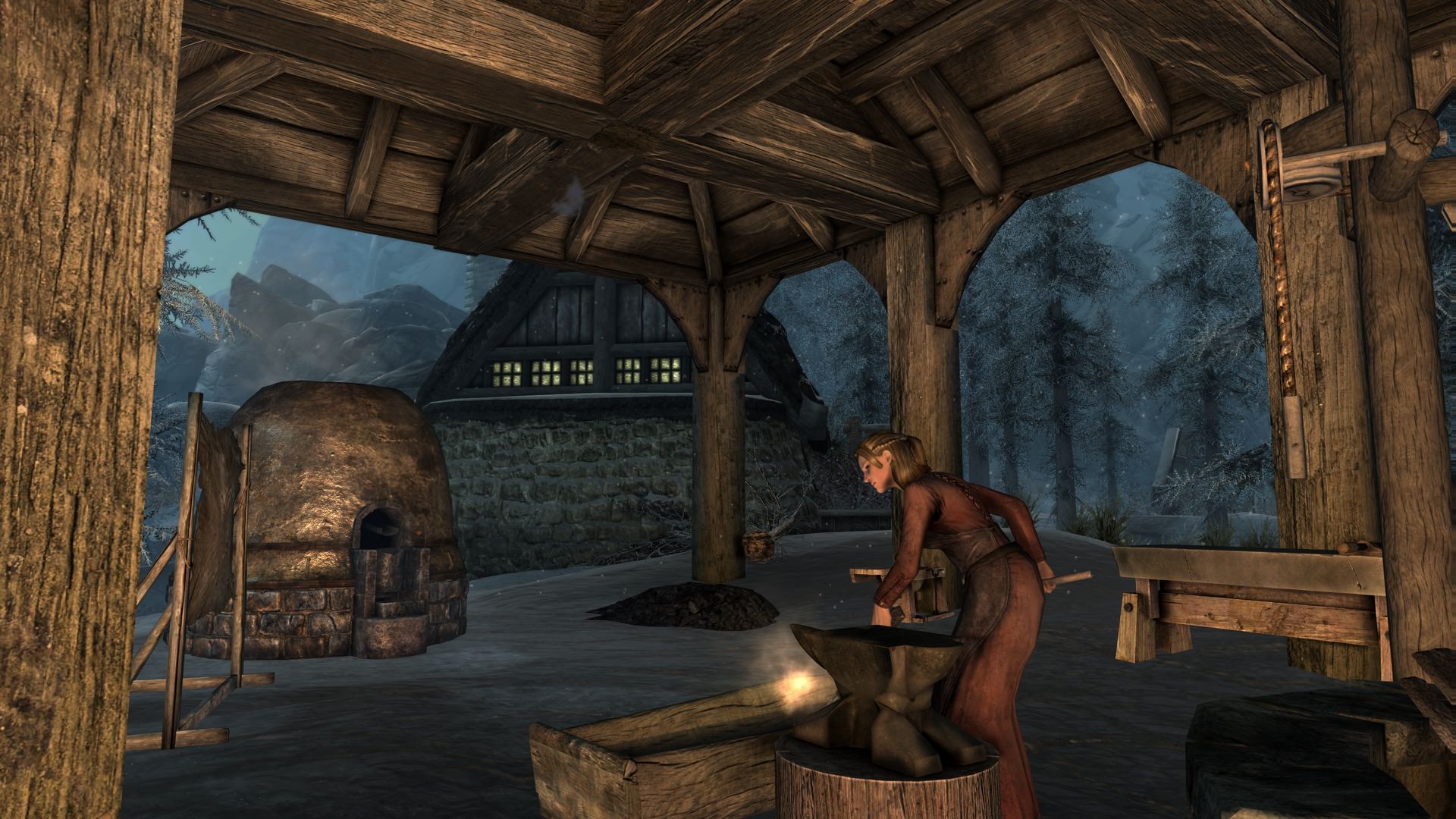 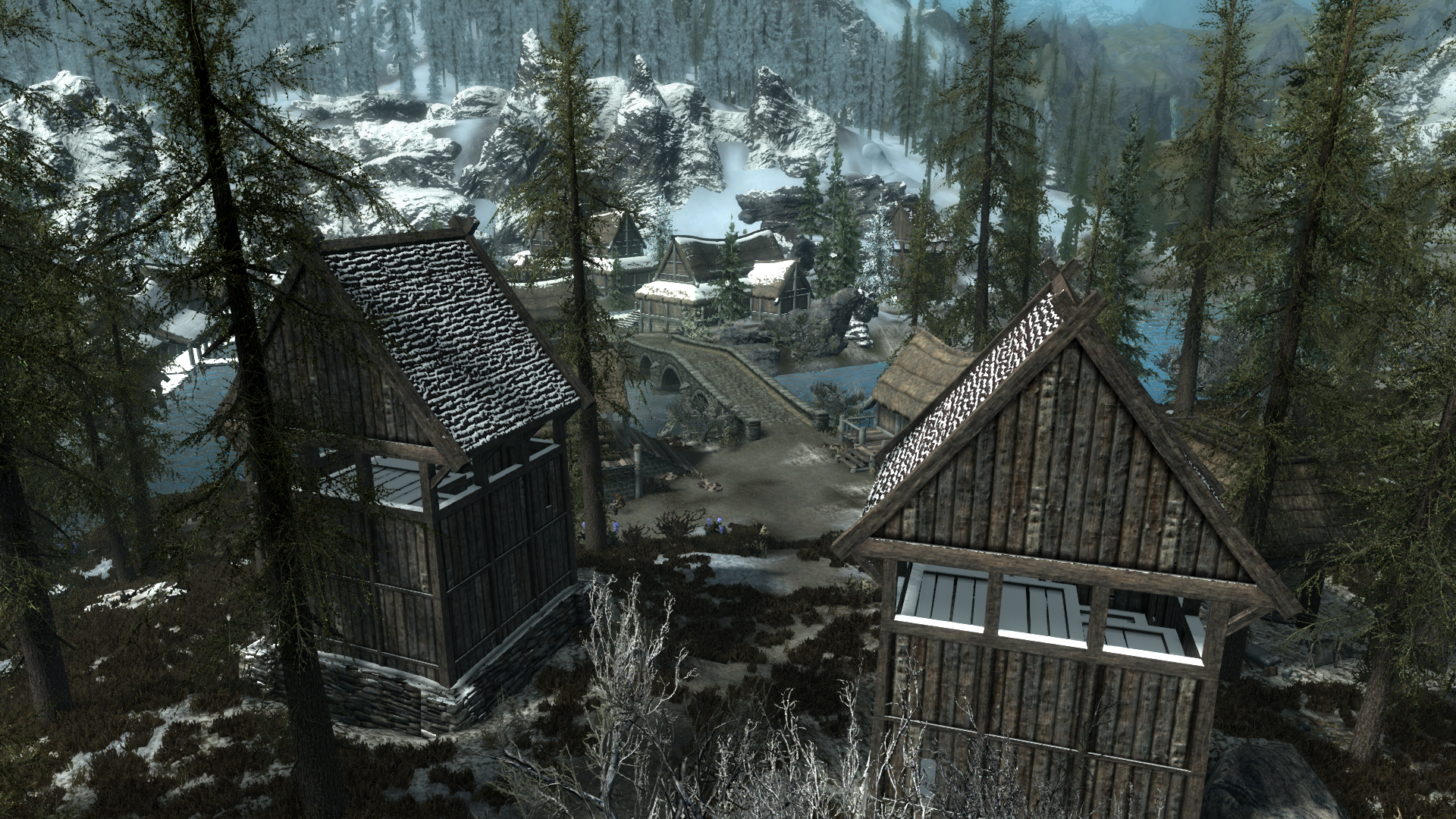 Morthal was quite the challenge. It’s located in a damn marsh and it’s depressing and sad and the people are mad. What’s a lady to do? I figure at some point Morthal should have something to it other than swampy fungal picks, so a blacksmith shop was opened and if you use Villages, there’s a mine nearby to make it more realistic (the mine was going to be part of the original DC but I decided to wait) 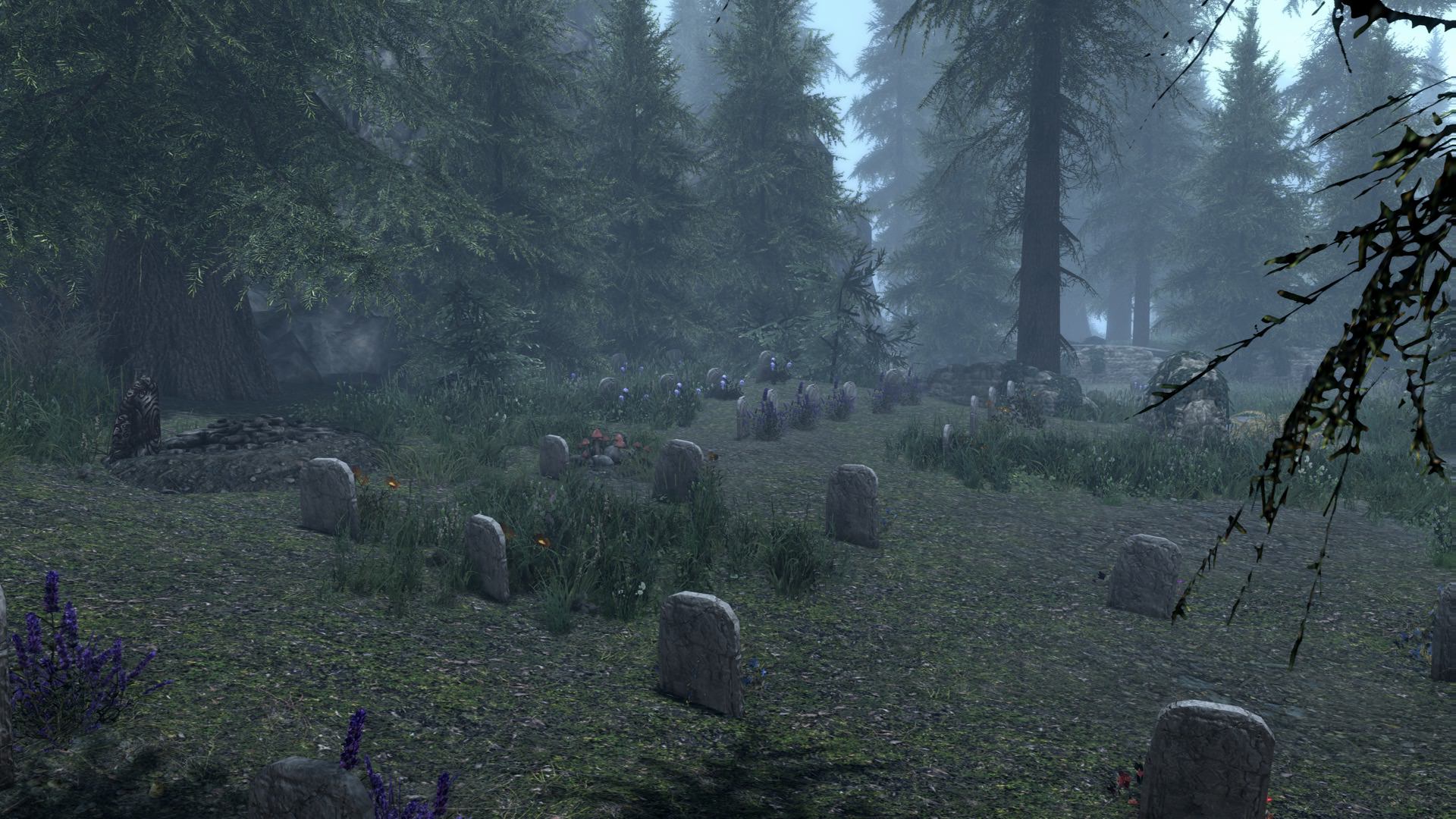 Mmm can you smell that? That’s the scent of lavender and death. Falkreath is located near the border of both Cyrodill and Hammerfell making it a sort of blend of people. It seems to be a fairly neutral place to live, although they tend to favour the Empire. Falkreath needed to have its graveyard revamped. It wasn’t big enough for as many people that were buried there and it sure as hell wasn’t spooky enough. So I redesigned the graveyard, added a lot more trees and stumps around it while creating new vegetation and critter spawns 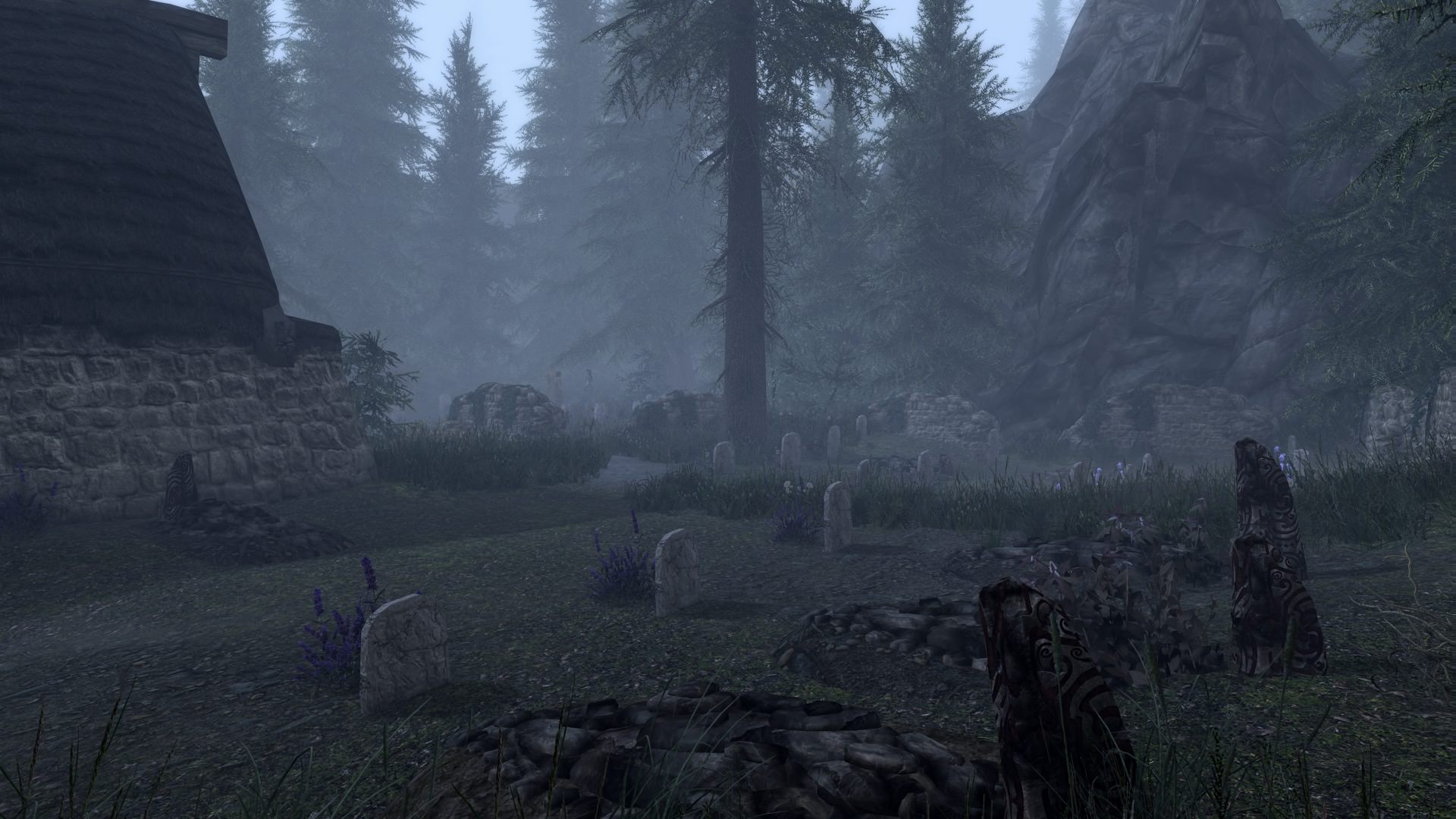 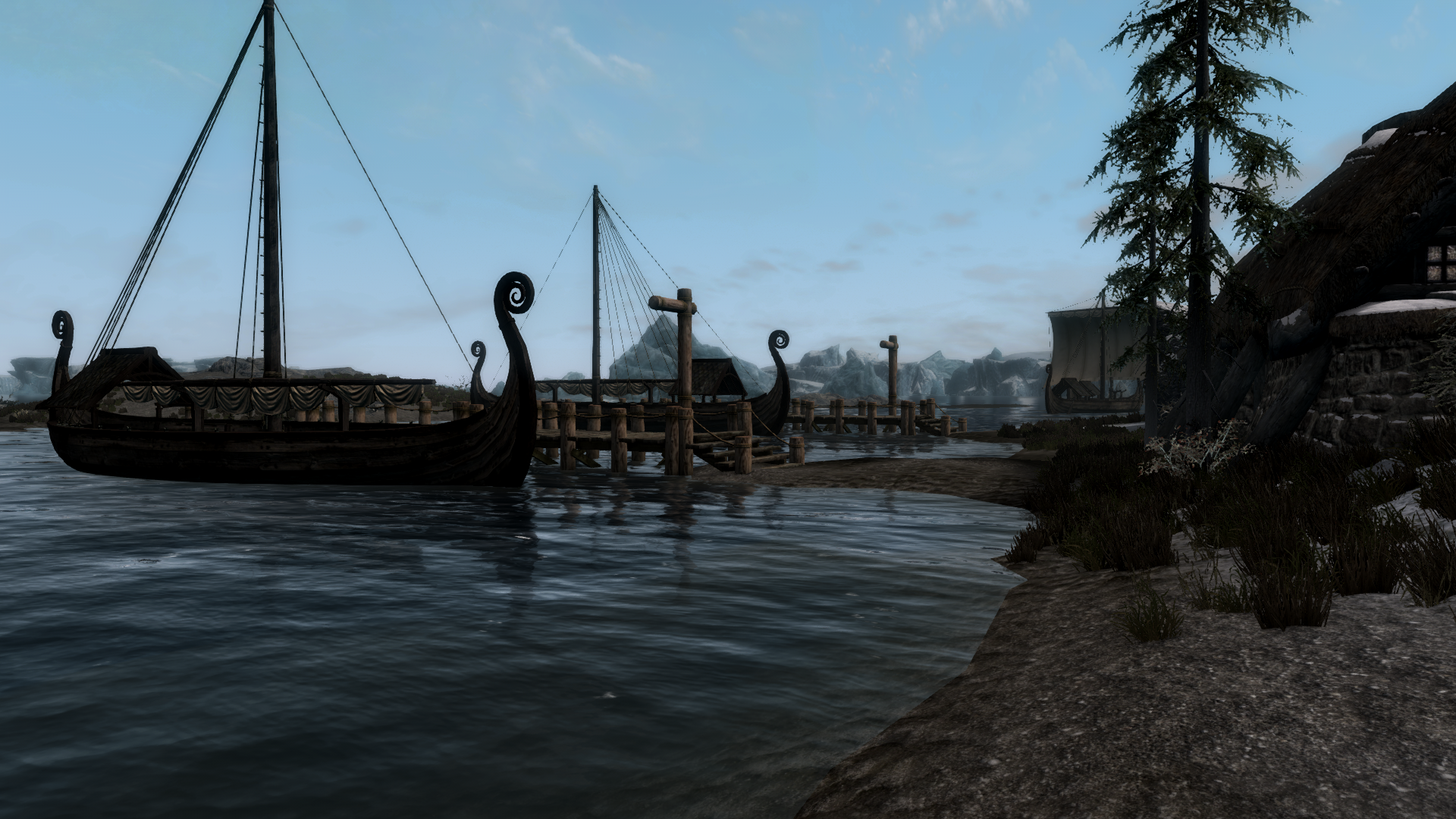 DAWNSTAR SHOULD HAVE BOATS!!! It’s a MAJOR PORT.. So where were they?! No one knows. But now there’s boats and boats with boats…I put enough boats to say YAY port town! without causing extra stress to the console. I also added a lighthouse cuz mmm lighthouses 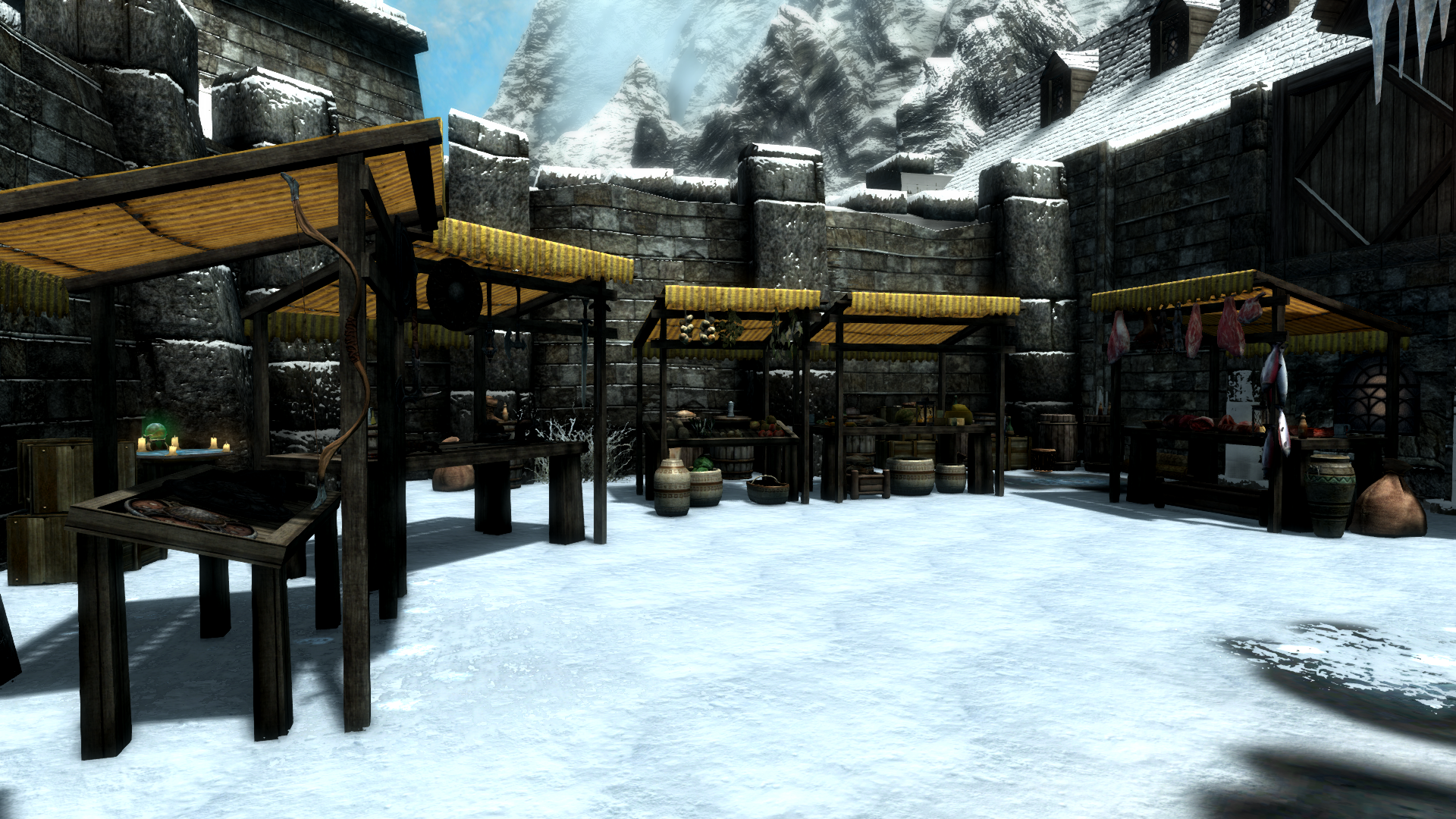 Windhelm sucks. There wasn’t a lot to do there so I tried to breathe new life by adding more snowberries and dressing up the House of Curiosities. With so many narrow streets and a lot of crap going on behind the scenes, I decided that less was more. You also get an amazing custom home that’s adoption friendly at the graveyard and there’s a new pub in the Grey Quarter- the Dark Alley 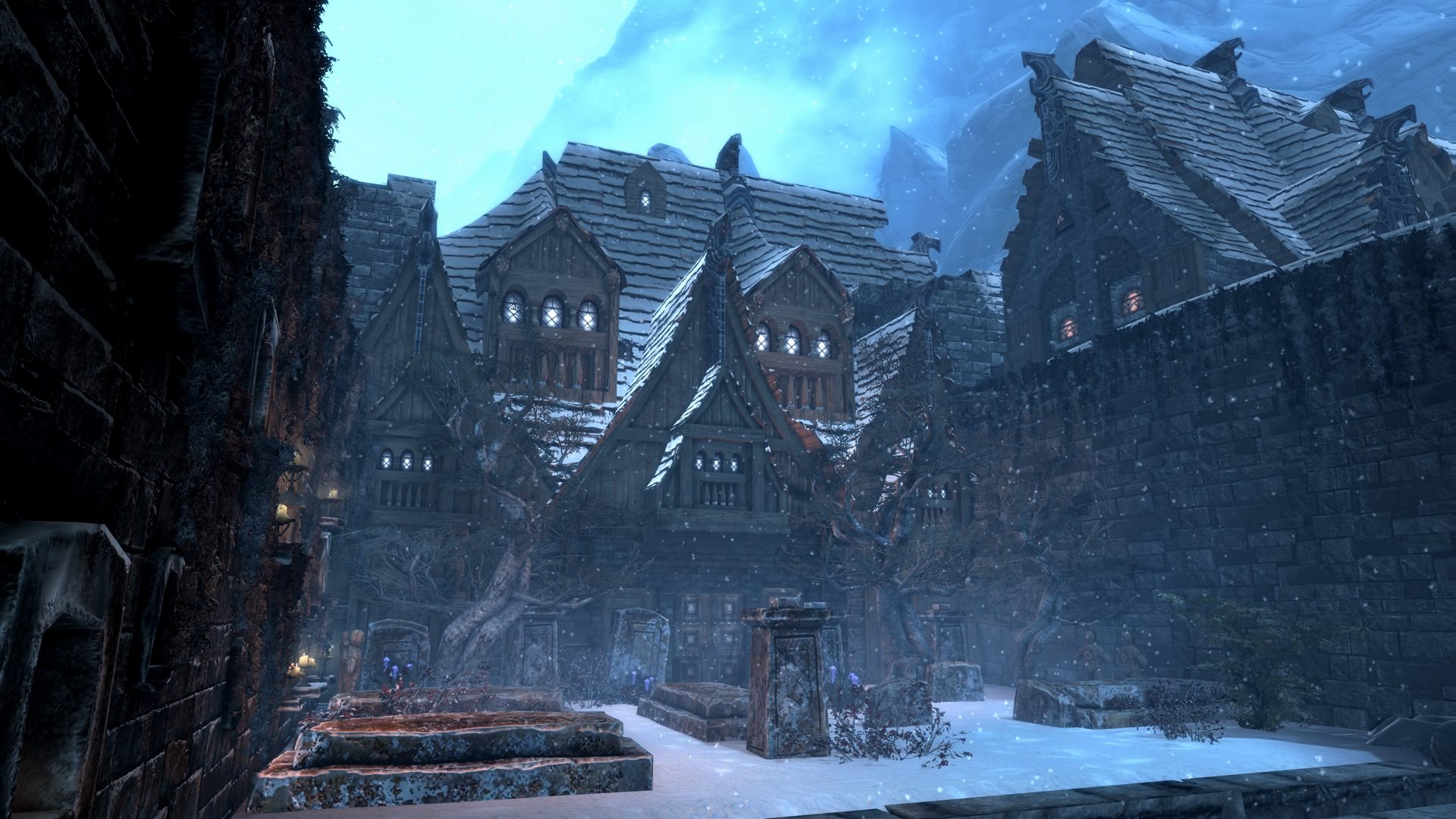 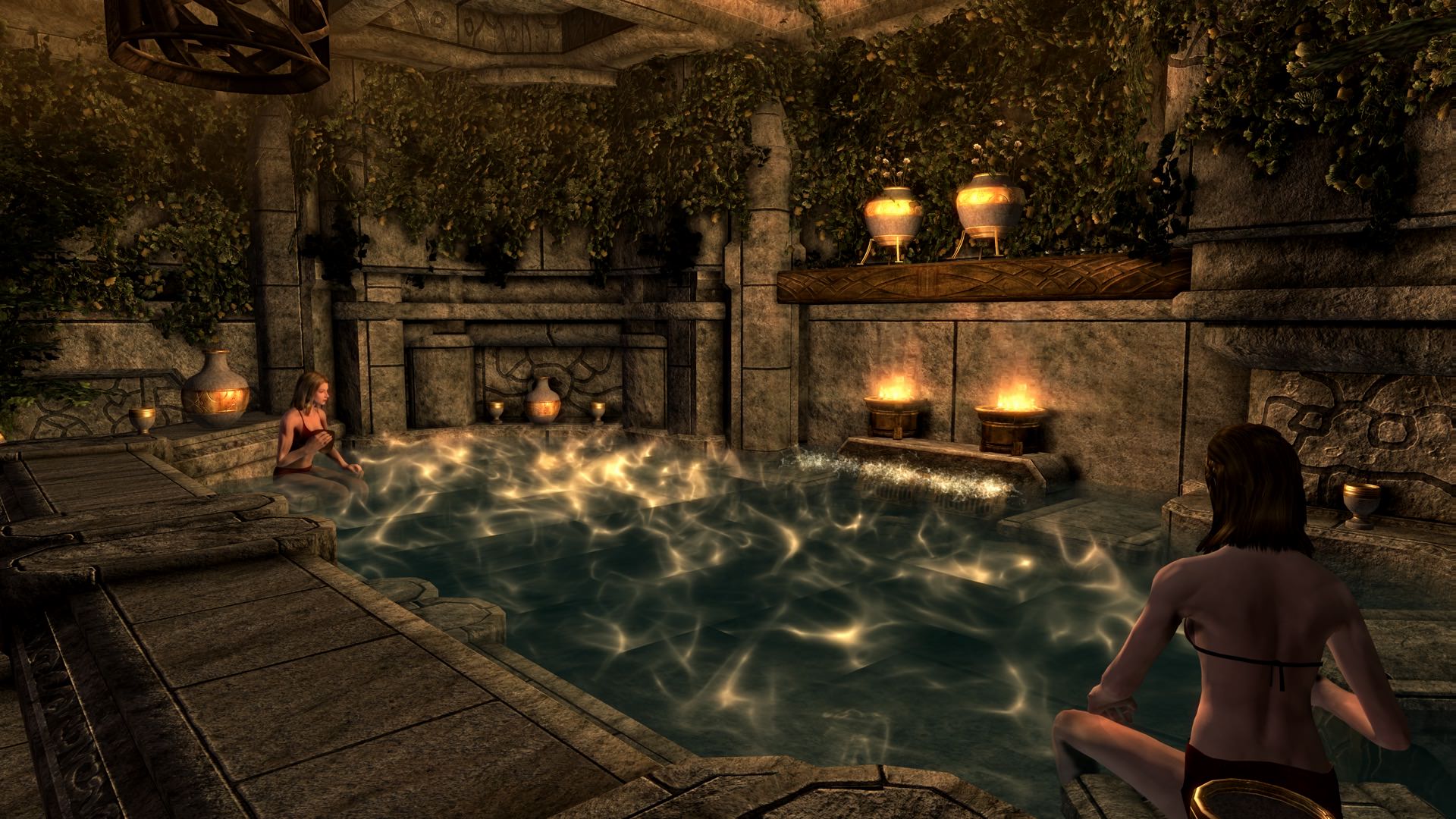 Markarth has been fun! It’s located at one of the last above ground Dwemer cities and it’s so damn unique that even in the CK I get lost. I wanted to bring more to it, but I was limited…why? A lot of behind the scenes crap going on. I started small, adding better vegetation and lighting, some travelers/visitors. Lack of proper space and a decent navmesh meant not adding buildings…until recently where you can now enjoy the Markarth Bathhouse and see plenty of citizen homes. These homes are always locked. 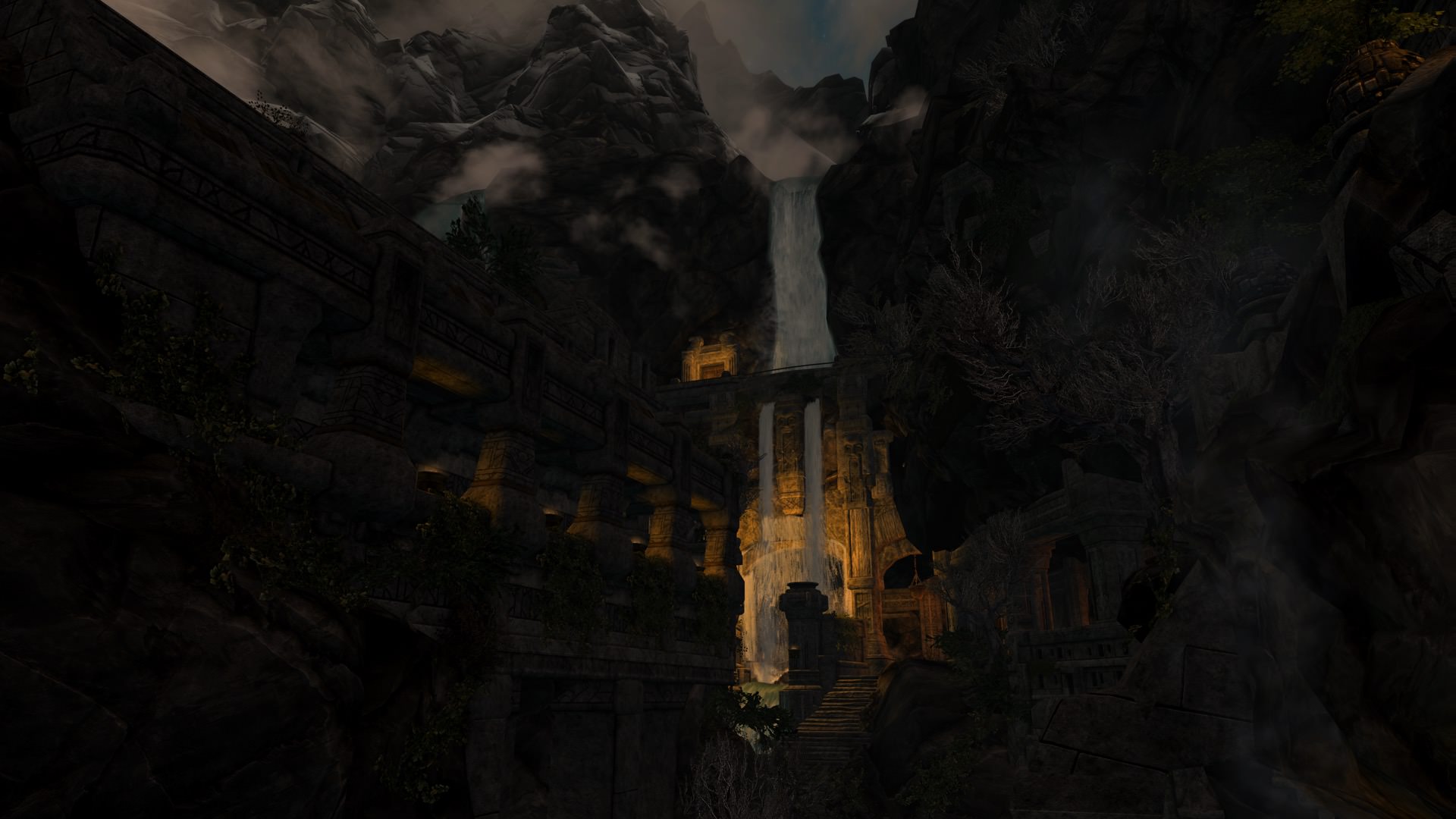 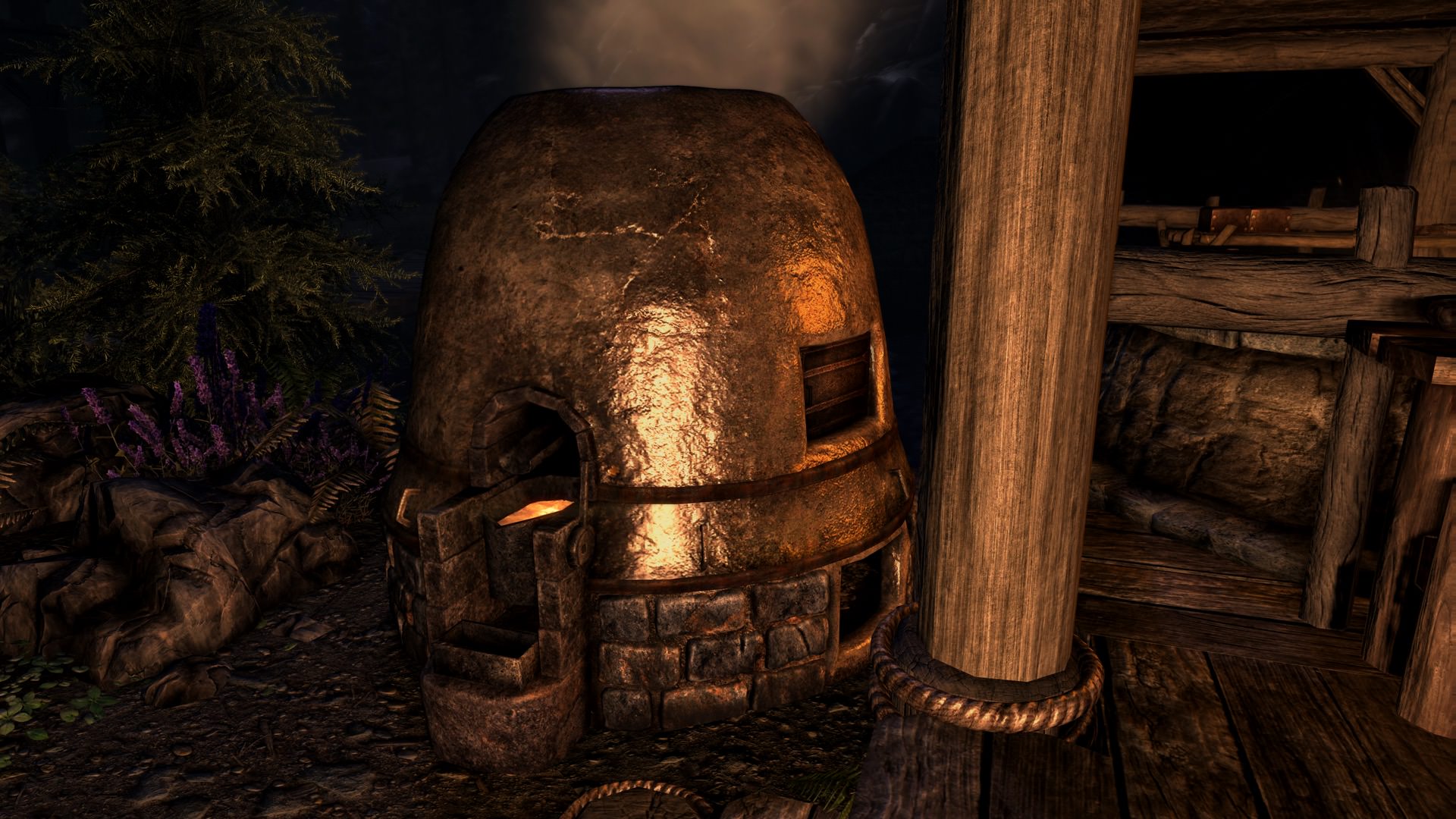 Riverwood was in desperate need of a makeover. I wanted to add a lot more logs and trees and stumps and such. And the cabbage cart bothered me. Lumberjacks now work at the lumbermill, Alvor has a new workstation setup and a cart with horse so he can easily get materials to his humble forge. A player home is nestled behind the inn and all the fencing has been redone.

Divine Cities is an area edit mod- you should already know how to place your mods by the Logical Load Order Document. In order to make sure that Heimskr’s house doesn’t disappear, you need to load this UNDER Immersive Citizens 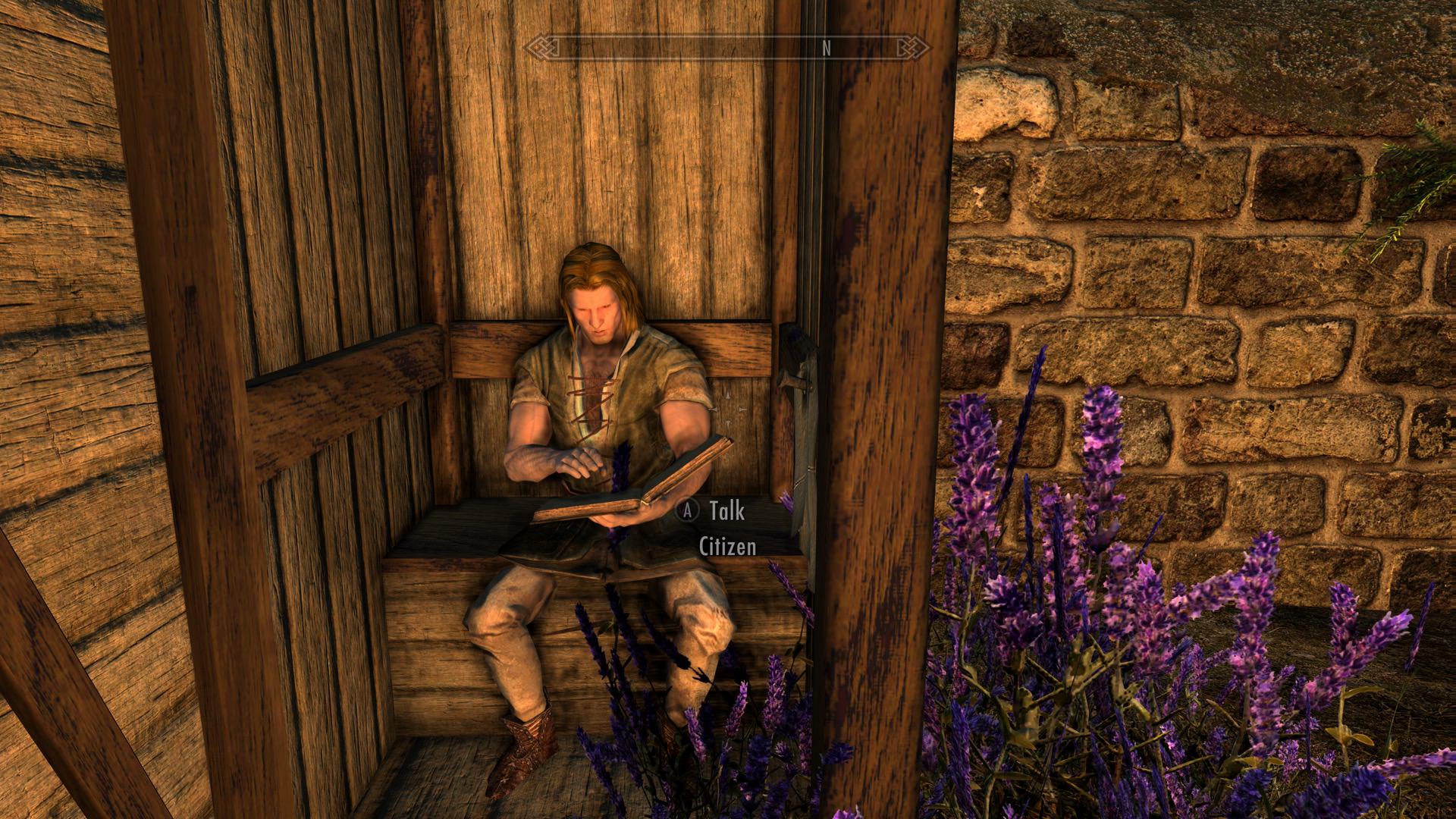